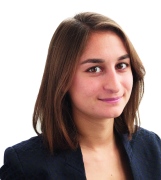 I’m a journalist based between London and Barcelona, writing news, comment and features for publications including The Guardian, The Telegraph, Bloomberg News, Germany’s taz.die tageszeitung and others with a focus on global women’s rights, foreign aid policy and social affairs. I’m deputy editor of Devex, working with a team of reporters around the world to cover international development and humanitarian aid. I write regularly for Prospect, the UK’s leading current affairs monthly magazine, where I was an editor for several years, and also work as a freelance editor for the Telegraph’s foreign team. I have reported from the United States, Brussels, Germany, Armenia, Taiwan and Mozambique among other places. I have also worked on projects for the European Commission and often speak on TV and radio, including LBC, London Live, Newstalk and BBC stations.

I hold graduate degrees with distinction in journalism and international relations, and was selected as a fellow of the International Journalists’ Programme in 2016. I have lived and worked in London, Edinburgh, Barcelona and Berlin.

I’m also a mentor with the Second Source, a network supporting women in journalism.

Check out the bar on the right to find links to some of my favourite stories from over the years. Please feel free to contact me about freelance commissions, other opportunities or just for a chat; or find me on Twitter.

What can’t you do with a criminal record? / Prospect

Do we need a new term for ‘child marriage’? / Devex

Meet the digital nun: the Sister funding her monastery through her apps / The Telegraph

The women’s vote does not exist / Prospect